Recently, there is some news related to US dollar and RMB yuan. Actually there is no big deal for citizens, however, the most of negative influence is referred to businessman involved in foreign trade such as export and import. Well, around the world the US Dollar still stands for its pillar position to effect exchange among other countries. 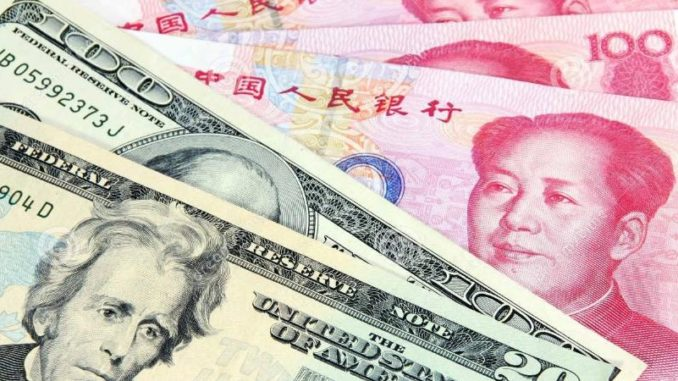 Recent Tendency about Dollar and RMB

As of 16:30, data from China Foreign Exchange Trading Center showed that the onshore RMB closed at 6.9440 yuan, down 155 points, or 0.22 percent, from the official closing price of RMB 6.9285 yuan on the previous trading day. According to the WIND chart, the onshore RMB fluctuated all day under the previous closing position, with intraday highs and lows of RMB 6.9329 yuan and RMB 6.9497 yuan, the latter being the lowest since November 1.

With the dollar index rising 0.49% the night before last, the RMB intermediate price dropped 166 points to 6.9329 yuan this morning, the lowest in a week. The US dollar index continued to rise 0.18%, to 96.8405 points, the highest 96.9001 points, a week high. On the eve, the Federal Reserve’s interest rate unchanged, it hinted that interest rates could be raised again during the year.

On the K-line, the onshore yuan has fallen 543 points so far this week, wiping out most of the gains of last Thursday and Friday. On Thursday and Friday, the renminbi exchange rate rebounded in retaliation, rising more than 800 points in two days onshore, touching 6.8730 yuan at one time, benefiting from the resurgence of Sino-US trade relations and the sharp fall of the US index, and China announced that it was promoting RMB foreign exchange futures.