In Malacca, there are many scenic spots to travel and keep as souvenir. For example, Jonker street, Christ Church Melaka, Stadthuys, Red Square (Dutch Square), Maritime Museum, Queen Victoria, St. Paul’s Church, Melaka Straits Mosque, Baba-Nonya Heritage Museum, Sam Po Temple and Malacca Strait and so on. Well, these are parts of travelling places for every tourists. If you are interested in visiting to Malacca, you may find other wonderful landscape and historical relic and great colonial buildings. By this time, let me bring in to famous scenic spots named A’ FAMOSA Porta de Santiago. 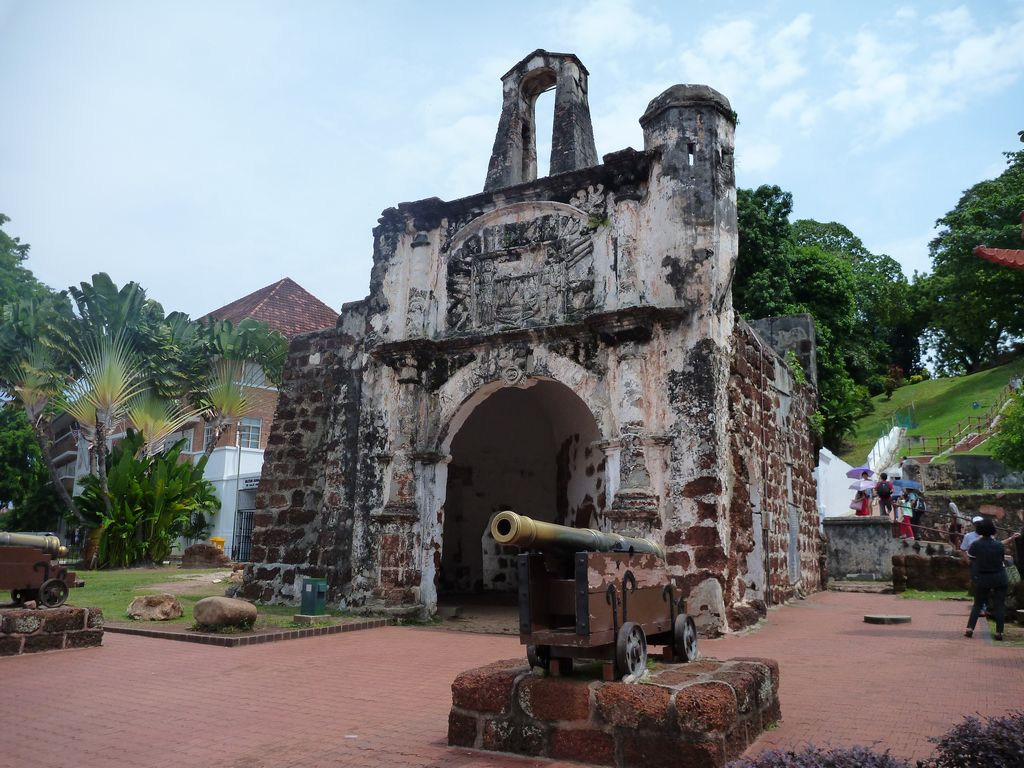 In the 15th century, because the Malacca Sultan rejected Portuguese demands for unequal trade, the Portuguese occupied Malacca by force, and built A’Famosa castle to defend the Sudanese army’s attacks according to historical record. The ancient city gate of Santiago is one out of the four passageways to enter A’Famosa Portuguese. But then Portugal was defeated by the Netherlands, Malacca changed its ownership, the castle was rebuilt and expanded, and a “VOC” sign was added to the gate. Then the British invaded and the fortified castle almost destroyed the whole British army, so after the victory of the war, the British decided to destroy the castle. Later, because of many interference, the castle was destroyed, but the ancient city gate of Santiago remained. This solid gate still stands alone, and once again witnesses the troubled history of Malacca.

After visiting to A’ FAMOSA Porta de Santiago, we may think about to have a rest in Baba house which it is famous historical building with ancient old photos of figures. When you walk into the lobby, you may find old pictures of Ming Dynasty figures on the wall. When night time is coming, you also can visit the night scene merely I suggest the best night action should be started in the weekend. You could roam around Janker Street for many flavor food, and local special merchandise.

Let Us Have A Look About More Travelling Places.