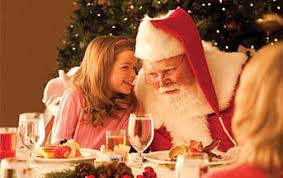 In the 4th century AD, Saint Nicholas was born in the city of Badala, Asia Minor. His family was rich. His parents were very enthusiastic Catholics. Unfortunately, his parents died early. When Nicholas grew up, he gave all his wealth to the poor, and he became a Catholic and devoted himself to the church, serving the community all his life. Nicholas later became a priest and be promoted to a bishop. In his life, he did a lot of charitable work, he liked to help the poor in secret, Santa Claus is his later nickname, the name is from his secret money to help three girls story.

In nineteenth Century, the popularity of Christmas cards and the appearance of Santa Claus made Christmas gradually become popular. Christmas celebrations in northern Europe are combined with the Christmas decorations of the northern hemisphere in winter. Meanwhile, except Santa Claus himself, his Christmas hat, Christmas Stocking are also popular as ornament during Christmas Day.

The first time was a pair of big red socks. Because Christmas stockings are used to hold gifts, it is children’s favorite things. At night they will hang their socks on the bedside, waiting for the next morning to receive gifts.

It is a red hat. It is said that besides sleeping soundly and warmly at night, then you will find a little more gifts from your loved ones in the hat the next day.