Hi, I trust the most of people have watched the movie about The Fast and the Furious 8, Skyscraper, San Andreas and so on. Yes, movie star Dwayne Johnson “ The Rock” recently has own news to contribute, here we go, let us read about it.

The Rock works out at Doncaster gym 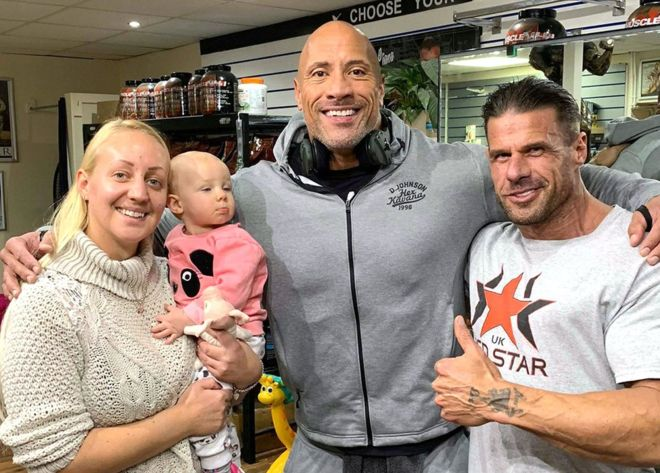 The former wrestler posed for the photos as owner of the Doncaster gym with him when he went to a fitness exercise.

Hollywood star Dwayne Johnson “the rock” surprised the gym-goers when he took part in physical exercise in Doncaster gym. The ex-wrestler in WWE, known as the Rock, has been filming in Yorkshire for Fast and Furious spin-off Hobbs and Shaw. Certainly, before he also participated in Fast and Furious 7 and 8.

The actor put the photo and with its owners after hitting the weights in the global fitness gymnasium. Boss Craie Carrera said that when someone came to evaluate his gym on behalf of “famous people”, he was informed of the arrival of the A-list.

“I said as long as he puts his weights away, then it doesn’t matter who it is.” Mr Carrera, who owns the gym with wife Alicia, praised the down-to-earth actor. Craie said “He was very talkative, a nice guy, really genuine, just like an everyday person. He towers over you. He’s about 6ft 6in.” and he added “He is got fairly big arms – as a bodybuilder you’re eyeing up this sort of stuff all the time.”

Bodybuilder Mr. Carrera said the former WWE wrestler had sent a staff member to check the gym before arriving. “A guy came in and asked if he could take a few pictures because someone famous was coming into the area,” he said. And added “He just wanted some pictures of the gym so his client could see if it was up to par and wanted to see what the weight stacks were like and the dumbbells, if they were heavy enough.” We thought it was a bit strange but left him to it.

Idris Elba, another movie star and participate in new film , which has also been shot on the street of Glasgow. 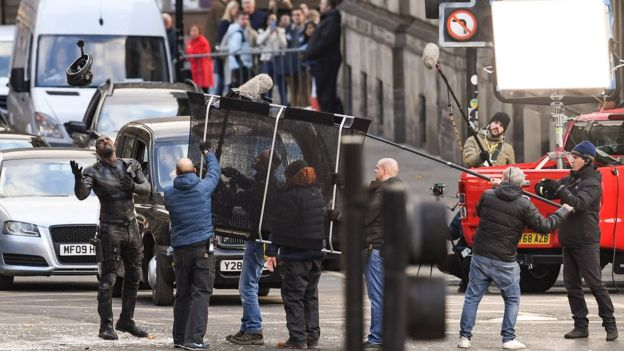 The star filmed with Idris Elba at the Egborough power station near Selby, about Fast and Furious franchise spin-off. Meanwhile other actors appearing in the action adventure include British actors Jason Statham and Vanessa Kirby.