Aurora is a colorful light phenomenon, which it is happened because the solar charged particles (solar wind) into the earth’s magnetic field then the night appeared bright and beautiful glory in the sky of vicinity of north and south poles of the earth. In Antarctica it is called aurora australis (Antarctic lights) and is called aurora borealis (Northern lights) in the Arctic. As natural phenomena, Aurora is really worth to visit and take the photo as commemoration. Aurora often occurs at latitudes near the geomagnetic poles, generally in bands, arcs, episodes, radiation, these shapes are sometimes stable and sometimes continuous changes. There are three conditions for Aurora production: atmosphere, magnetic field and high-energy charged particles. These three are indispensable for forming of Aurora. 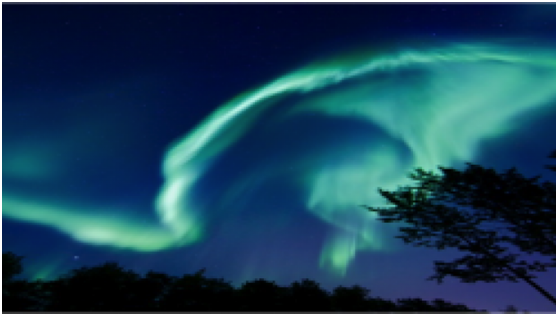 According to the study of auroral distribution, the shape of auroral region is oval rather than circular at the center of geomagnetic pole. The spectrum of Aurora ranges from 3100 to 6700 Angstrom. The most important one is the green line of oxygen atoms of 5577 Angstrom, is called the aurora green line. 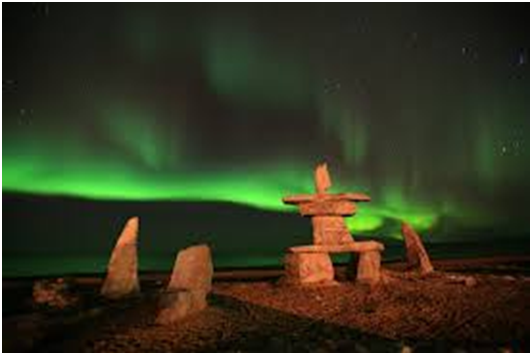 The word Aurora comes from the word “Latin”. Aurora is the embodiment of “dawn” in Greek mythology. She was the sister of the sun goddess and the moon goddess, and the mother of many stars, such as the north wind and the evening stars. The aurora has also been described as the wife of the Orion constellation.

The Eskimos believed that the Aurora was a torch for spirits to guide the dead to heaven, while the Aboriginal people regarded the Aurora as a spiritual manifestation.

Have a look about more Nature Phenomenon