Desert refers to sandy desertification land. One third of the earth’s land is desert. Because there is very little water, most people think that the desert is desolate and lifeless. In fact, compared with other areas, there are not many lives in the desert, but if you look carefully, there are many animals hidden in the desert, especially those that come out at night. Most of the desert areas are beaches or sand dunes, and rocks under the sand often appear. The soil is very thin and there are few plants. Some deserts are salt flats, with no vegetation at all, and deserts are generally aeolian. There are sometimes valuable deposits in the desert, and many oil reserves have been discovered in modern times. Because there are few residents in the desert, resource development is relatively easy. The desert has a dry climate, but it is a good place for archaeologists to find many human artifacts and earlier fossils. 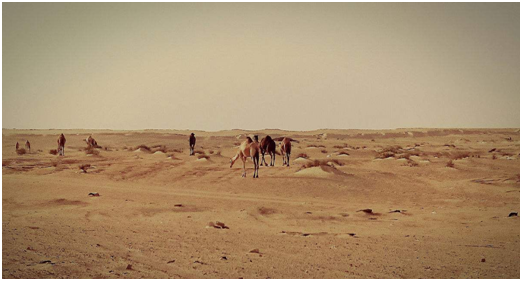 The reason of deserts’ forming

The desertification, that is, after the vegetation is destroyed, the ground loses its coverage. Under the action of arid climate and strong winds, the processing of the green field gradually becomes a similar desert landscape. Land desertification mainly occurs in arid and semi-arid areas. The key factor for desert formation is climate. However, in the margin of desert, the native vegetation may be grassland. Due to human factors, these artificial factors mainly include the following aspects: Reasonable farmland, overgrazing, unreasonable mining.

In the desert areas, the climate is dry and the rainfall is scarce. The annual precipitation is below 250mm. In some desert areas, the annual precipitation is less than 10 mm, but occasionally there is sudden heavy rain. The evaporation in the desert is very large, far exceeding the local precipitation; the humidity of the air is low and the relative humidity can be as low as 5%. The weather in desert areas are often sunny with no clouds and strong winds, the maximum wind force can reach the hurricane level. Causes of tropical desert: mainly covered by subtropical high pressure, the air is more sinking and warming, inhibiting the surface convection, it is difficult to cause rain. If it is obstructed by the high mountain, located in the inland, or a tropical west bank, all can form a desert. For example, the desert inside the Australian mainland is formed when the sea breeze arrives and has lost all the water. Sometimes the leeward side of the mountain also forms a desert.