A Chinese city plans to use the social credit system to regulate bicycle rental platform according to one article from Startup365 website of France.

No longer willing to see a large number of shared bikes parked disorderly on sidewalks and obstructing traffic, Foshan, a southern Chinese city, hopes to punish those who share bikes regardless of how others feel about traveling by introducing a social credit system. According to a guidance issued by the local authority, users who park and share bicycles in disorder in the city will be blacklisted and updated to the public credit information management system.

There are more than 7 million residents in Foshan City, Guangdong Province. The city has nearly 400,000 shared bicycles and more than 4 million users. Like many other cities in China, the city has struggled to cope with the proliferation of bicycles and uncivilized parking since the boom in bike sharing.

Previously, some share bike companies have been trying to introduce measures to encourage users to park properly. For example, a shared bicycle platform establishes an internal credit score system that substantially increases the fees for users who abuse bicycles. However, shared bicycle companies seem reluctant to punish users who violate parking rules because they are still fighting fiercely for market share. So this measure cannot continue to execute. 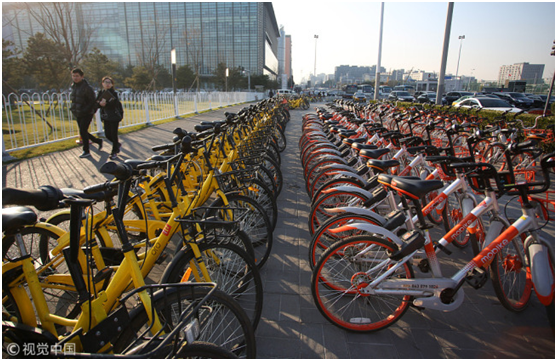 For some cities in China, it is a novel solution to incorporate the blacklist of sharing bicycles users into the social credit system. According to city’s one governor statement, guiding opinions encourage enterprises to establish and improve the lessee’s credit evaluation system and management system, implement the mechanism of trustworthiness incentive and punishment for dishonesty; and adopt various punishment measures such as restriction of use to standardize the development of the shared economy.