When the United States entered the 19th century, it was an agricultural country. In the first decade of the civil war, all frontier regions of the country experienced rapid expansion. At that time, many people settled in the new frontiers, agriculture began to mechanize, new resources were developed, and an extensive transportation network was built. The successful development of the railway has spurred domestic and foreign investors to risk investing their capital in the industrial prospects of this young country. After the civil war, the country’s economy has continued to grow. The rise of large-scale group companies ultimately controlled the entire industry, such as oil or steel. Railways, waterways and roads connect all parts of the country, providing a potential national market for these groups. With the increase in industrialization, the proportion of Americans engaged in agriculture is declining; by 1890 only about half of the population was engaged in agriculture.Click Here For More.

The influence of characters like Rockefeller, Carnegie and Morgan on the industrial development of this country is incalculable. They symbolize a change from a local trade change to a nationwide market, from small factory changes to large companies that combine in all production processes, from companies with limited capital to groups with millions of dollars of capital. enterprise. However, at the turn of the century, the great achievements of these industrial giants were eclipsed by the fear that the control was concentrated in the hands of a very small number of people. 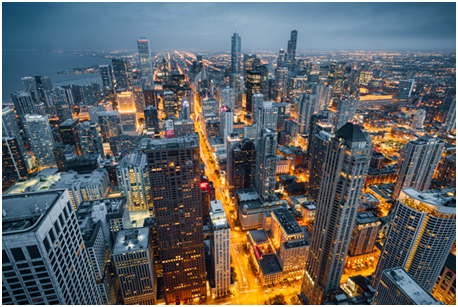 How do standard oil companies, US steel companies and other large conglomerates reach such a huge scale in a short period of time? Many of the factors are attributed to the infinite energy and commercial abilities of the founders like Carnegie and Rockefeller, as well as the idea of a free enterprise that has freed these entrepreneurs from government control for most of the nineteenth century. Equally important is the fact that these “the head of big companies” occupy a wealth of resources, free immigration policies provide them with the workforce, capital available for borrowing, huge technological developments, and a loosely accepted policy of the federal government. In addition, these capitalists are trying to protect themselves from price cuts, using the shareholding system to organize companies and merge them into a large group.

Although the government is trying to curb the business giants and enhance the interests of competing small businessmen, it is still unable to reverse the trend of industry consolidation. This terrible threat from big companies has made the small farmers and small businessmen in the marginal American villages most panicked. This economic change is too broad and too rapid, which is difficult for many people to accept. The United States used to be a rural country, but it suddenly became an urbanized country; once a country with an Anglo-Saxon and Nordic population, it has now become the home of Slavs, Italians and Eastern immigrants; It is a country of small farmers and small businessmen, and now it is a country with large mechanized farms and huge group companies.