The German Federal Senate approved the use of electric scooters on roads and bicycle lanes. To date, only the UK has not approved the use of electric scooters in major European countries. However, critics believe that this will increase the load on the road and increase the risk of injury.Mini Electric Scooter Suppliers in China

The German Federal Senate voted on Friday (May 17) to allow electric scooters to be used on roads and bicycle lanes with a maximum speed limit of 20 kilometers per hour.

After the decree was approved, the electric scooter sharing company could provide car rental services on city streets.

Critics believe that this will increase the load on bicycle lanes and motorway lanes, increasing the risk of injury to drivers and pedestrians. 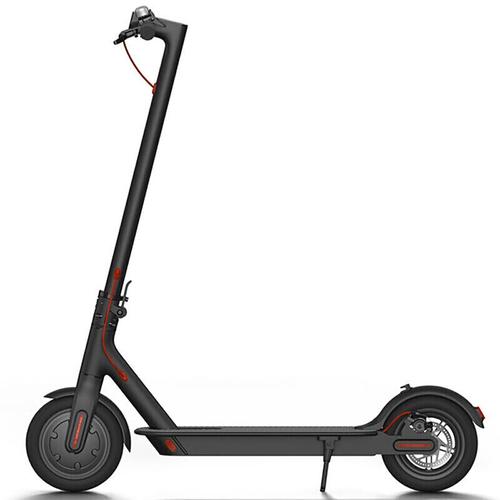 What are the provisions of the new law?

1.Electric scooters can use bicycle lanes but cannot use sidewalks;

2.The minimum age for driving an electric scooter is 14 years old;

3.Wearing a helmet is not mandatory;

4.The driver does not need a driver’s license;

5.The electric scooter limits the maximum speed to 20 km/h.

Why use an electric scooter?

Fans of electric scooters, such as German Transport Minister Andreas Scheuer, believe that it can reduce the extremes of public transport systems and reduce the short-term use of cars in cities, thus reducing pollution emissions.

The German Society of Bone and Trauma (DGOU) expert Christoph Spering said in an interview with Neue Osnabrücker Zeitung that electric scooters have greatly increased the risk of accidents. “The electric scooter is very dangerous in urban traffic, in part because it is difficult to get in touch with other road users,” he said. He also pointed out that the pedals of the scooter are close to the ground, and the feet are easily stuck after the user falls. live.

However, the non-governmental organization Friends of the Earth (BUND) expressed concern about the negative impact of using electric scooters and has a lot of risks for cyclists. BUND traffic expert Jens Hilgenberg said in an interview with Neue Osnabrücker Zeitung: “We risk the risk of motor vehicles squeezing out non-motor vehicles.” He also pointed out that electric Scooters have a very short life span and can only be used for three months in some European cities. “This way, not only are the city’s dilapidated electric scooters everywhere, but also materials such as lithium and aluminum are being abused,” said Hilgenberg.

The Consumer Products Rating magazine Consumer Reports said it has recorded more than 1,500 scooter-related accidents in the United States since 2017.

When is the electric scooter on the road? German Transport Minister Muir is working hard to get a traffic permit this summer.