Although invertebrates are relatively low level in the animal kingdom, they are an incredibly diverse animal family.

Invertebrates outnumber vertebrates in both species and quantity. In a wide range of animal kingdoms, the invertebrates account for more than 90% of the population, including not only jellyfish, octopus and other animals in the ocean, but also a variety of insects, parasites are also invertebrates.Click Here For More. 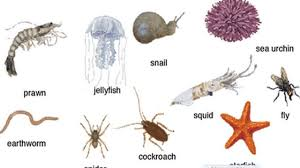 Invertebrates are a diverse species system. They have few common characteristics except no vertebrae. They only have a little relationship with each other.

The life cycle of different species of invertebrates varies. The most of invertebrates are egg-laying animals. Some need to undergo various larval forms, such as butterflies, moths and other insects. Others are adults as soon as they hatch.

The most of invertebrates have distinct front and back ends, with sensory organs clustered close to the mouth. This structure can help them detect new situations in time when moving forward, and take prompt measures to make the movement faster and more agile.

Many invertebrates have bodies that can be divided into separate segments. This body structure is conducive to their arbitrary shape change and movement in a complex way. For example, centipedes have two legs in most links and are extremely flexible when exercising.